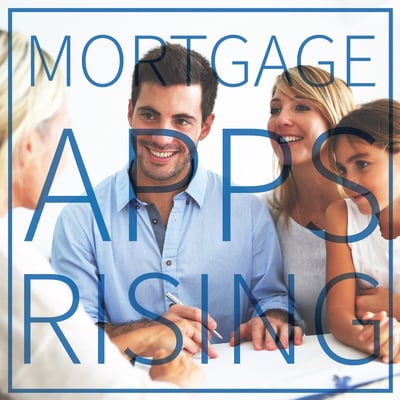 The hype around the Federal Reserve’s possible interest rate rise caused a noticeable jump in mortgage applications for the week ending September 18; according to the Mortgage Bankers Association, mortgage applications jumped 13.9% from the previous week (though the previous week was adjusted to reflect the Labor Day holiday). Though the Federal Reserve did not ultimately raise interest rates, the possibility was enough to get many prospective homebuyers to take the jump.

In addition to the surge of overall mortgage applications, refinance applications specifically grew by 18%. Refinances have a greater sensitivity to rate fluctuations than purchases, and now sit at a 27% surplus from this time last year.

“We saw significant rate volatility last week surrounding the FOMC meeting, and rate declines toward the end of the week likely drove applications from both prospective homebuyers and borrowers looking to refinance," said Mike Fratantoni, MBA's chief economist, according to CNBC.