Why saving for retirement is a big deal 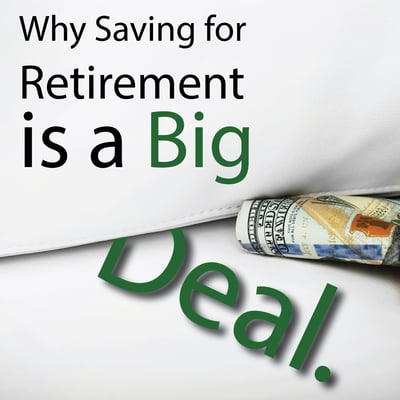 In a recent report by HSBC, one third of retirees said that they wish they had saved more for retirement during their working years. In the 15-country-wide study of more than 16,000 people, 36% of survey participants also admitted they would have begun saving at an early age to improve their current standard of living.

But what’s the magic age to start saving? According to many – it’s 30. The U.S. may be leading the way over Australia and the UK in terms of workers contributing to retirement, but one quarter of U.S. workers are not saving. Compare this number to Australia where 53% lack a retirement savings account, and the U.S. appears to be in good shape, but that doesn’t mean that we shouldn’t strive to do better. An astonishing 41% of retirees have had to cut their everyday spending because of their limited retirement income.

Saving for retirement is difficult, especially with the amount of debt that most Americans are working to pay off. Luckily, recently, down payment requirements and interest on mortgages have dropped significantly – cutting what used to be the biggest debt payment for Americans. Saving for retirement is possible – and even the smallest amount can really add up. Andy Ireland, head of wealth management for HSBC in the U.S., says that even an investment of $50 per month for 35 years, (in a mutual fund assuming an annual return of 7%), will yield $86,000; but double the $50, and yield $172,000.

How to make Quick Cash for the Holidays